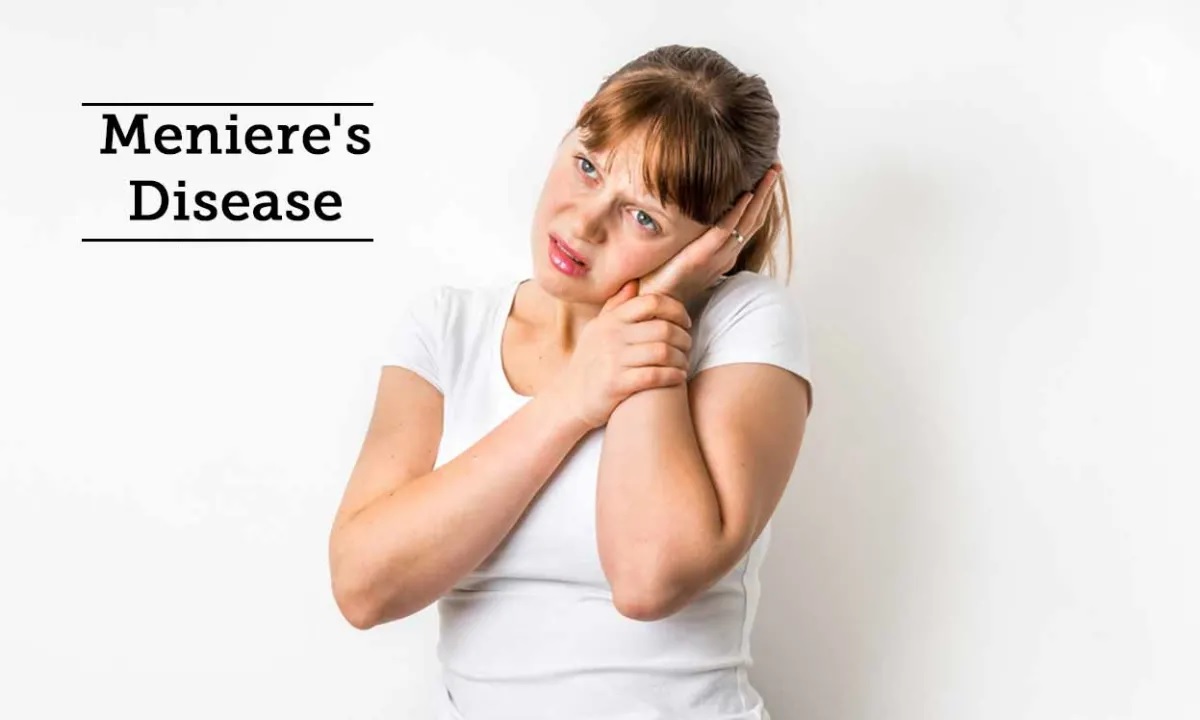 What is Meniere’s Disease?

Meniere’s disease is a rare inner ear disorder that affects your sense of balance and causes hearing loss. It usually sets in around middle age and is left untreated, the symptoms will get progressively worse leaving you with permanent hearing loss and ongoing balance problems. The most commonly prescribed treatment for Meniere’s disease is medication that eases the symptoms.

Meniere’s disease can cause a lot of discomfort and symptoms including dizziness, tinnitus, nausea, and a feeling of fullness in the ears.

Meniere’s disease is not a life-threatening illness, but it can affect quality of life. People who suffer from this disorder may experience symptoms - some of which come on without warning, return again and again, and can prevent them from living their daily lives. Here are some Meniere’s disease symptoms:

Vertigo: This feeling causes people to feel as if everything is spinning around them even though they’re standing still. They may feel the need to sit down so they don’t fall over. Vertigo can be very severe and happen without warning. Some individuals who have vertigo experience “drop attacks” — meaning that their sense of balance is thrown off and they literally topple over, which takes them to the ground because of vertigo.

When individuals suffer from Meniere’s disease, it can intensify and even create symptoms such as tinnitus, temporary hearing loss and full-blown hearing impairment.

For those who suffer from Meniere’s disease, anxiety and depression can arise from the auras and symptoms that affect hearing and balance.

What are the Causes of Meniere’s Disease

Although the source of Meniere's Disease is unknown, medical professionals believe they know how its symptoms develop.

The labyrinth, a part  of the inner ear that houses components that aid with hearing and balance, fills with fluid. The additional fluid disrupts the impulses that reach your brain, resulting in vertigo and hearing issues.

It's unclear why people develop Meniere's. Thoughts on what might impact the fluid in the inner ear range widely among researchers.

What are the Symptoms of Meniere’s Disease?

The symptoms of Meniere's Disease sometimes manifest as "episodes" or "attacks." These signs consist of:

Meniere's disease patients typically experience two to three of the following signs and symptoms at one time:

The majority of Meniere's disease sufferers do not have symptoms in between episodes. So, if they manifest during a time between attacks, many of these symptoms may be due to other ear issues. Another inner ear condition that resembles Meniere's disease is labyrinthitis.

The delicate process your body employs to regulate balance and hearing is disrupted when endolymph, a fluid in the inner ear, builds up, according to healthcare professionals. The cause of the rising endolymph levels is unknown.

Similar to a translator, endolymph. Your brain and inner ear use the messages it transmits and analyses to help you hear and keep your equilibrium. The signals from your inner ear become jumbled when there is too much endolymph present, making it difficult for your brain to control your sense of balance and hearing.

It's possible to inherit Ménière's disease if you have a family history of the ailment.

Ménière's Disease in its early stages cause sudden and unexpected episodes of vertigo.

There will be some hearing loss during these episodes, but it usually recovers to normal as the vertigo goes away. The ear may feel full or pressured, painful and blocked, or both. In the early stages of Ménière's Disease, tinnitus is also typical.

A person with Ménière's Disease frequently feels extremely exhausted and has to sleep for hours after experiencing a vertigo attack.

Additionally, individuals may feel the following symptoms in the early stages of the Disease:

In the later phases of the Disease, vertigo attacks become less frequent and, in some cases, never return.

However, issues with balance, hearing, and vision may persist. In the dark, people will feel particularly unsteady. Tinnitus and hearing loss are typically progressive.

Drop attacks can also happen to a person. These involve quickly stooping or losing balance while still being conscious.

Your symptoms and medical background will be discussed by you and your doctor. Your hearing and balance can be examined through a variety of diagnostic lab tests. These could consist of:

Your inner ear may first experience therapies to relieve pressure caused by elevated endolymph levels. They might also suggest one of the following drugs to treat vertigo:

Other treatments of Meniere’s Disease

In order to help patients deal with the stress, worry, and sadness Meniere’s Disease may bring on, healthcare professionals may suggest cognitive therapy.

Medical professionals may do surgery to treat extremely severe Meniere’s disease instances if other treatments are unsuccessful in symptom relief. Redirecting or releasing the pressure from the inner ear fluid is one surgical approach, for example:

The most disruptive feature of Meniere’s disease is the sudden onset of vertigo attacks.

The person might have to stay in bed and miss out on family, job, or social engagements.

Many nations have laws stating that people with Meniere’s Disease are not allowed to operate motor vehicles.

The person won't be allowed to drive by these authorities unless they get a doctor's note stating that their symptoms are under control.

A doctor may prescribe betahistine to assist lessen the frequency and severity of Ménière's disease attacks.

The fluid pressure in your inner ear is supposed to be reduced by betahistine, easing vertigo, tinnitus, and hearing loss symptoms.

There isn't much evidence that dietary adjustments can be helpful.

But some report the following makes their symptoms better:

Lifestyle Changes may help the Symptoms of Meniere’s Disease

In addition to food adjustments, lifestyle modifications may also help with your symptoms.

Additionally, it's crucial to stop smoking and stay away from any allergens. The effects of smoking and allergens can exacerbate Meniere's disease symptoms.